Baume & Mercier traces its history to the Les Bois watch shop opened in 1830 by brothers Louis-Victor and Célestin Baume. Frères Baume opened a branch in London in 1851 under the name, “Baume Brothers”, and the company’s sales grew in the English-speaking world. With sales across the British Empire, Baume also produced watches under the names, Waterloo, Diviko, and Sirdar. 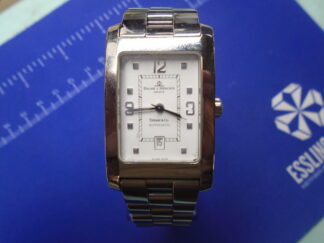