The Citizen Promaster collection was launched in 1989 and sported three models. It initially included the Aqualand for the Marine category (the Aqualand, alone, was initially introduced in 1985) featuring caliber C020 and ISO 6425 certification; the Altichron with caliber C040 equipped with an altimeter from –300m to 5000m and the forerunner of current satellite and radio-controlled timepieces belonging to the Promaster Sky category, boasting caliber C080 and a world time setting function.

The Citizen Promaster Aqualand officially debuted in 1985 and was the first dive watch equipped with a digital depth indicator. 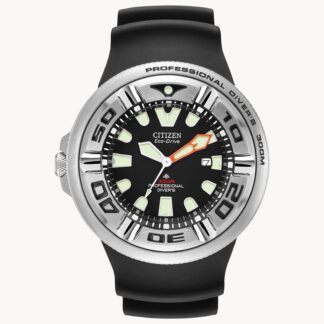